Natania Barron believes in monsters and hopes you do, too.

The award-winning fantasy author of Queen of None, Natania Barron is preoccupied with mythology, monsters, mayhem, and magic. From medieval tales to Regency fantasy romance, her often historically-inspired novels are lush with description and vibrant characters. Of her first novel, Pilgrim of the Sky, Library Journal wrote: “Barron’s debut is an sf adventure that mixes high action with exquisitely detailed depictions of everyday existence in these alternate worlds.”

In 2021, Queen of None won the Manly Wade Wellman Award for speculative fiction.

She is represented by Stacey Graham at 3 Seas Literary.

Praise for Queen of None:

“…a layered, engaging retelling sure to please fans of the Arthurian tales.”
— Publishers Weekly

Natania’s shorter work has appeared in Weird Tales, EscapePod, and various anthologies and RPG settings. On Twitter, she’s known for her #ThreadTalks, which dive deep into the unseen world of fashion history–one of their favorite topics–as well as a meme or two. She identifies bisexual and demisexual, and goes by she/her/they pronouns.

In terms of academics, the author holds a BA in English/Writing from Loyola University Maryland and an MA in English with a concentration in medieval literature from the University of North Carolina at Greensboro. Though she left academia physically, she’s never stopped researching. Natania can regularly be found deep in the tomes of digitized illuminated manuscripts around the world.

As a mental health activist, especially regarding adolescent care, Natania has drawn nationwide attention for her writing, including mainstream news and television appearances. Additionally, she writes extensively about her own later-in-life ADHD diagnosis.

When not traveling through imagined worlds, she lives in North Carolina with her family, where she traipses through the forest on a regular basis, bakes incessantly, drinks an inordinate amount of tea, and dreams of someday owning a haunted house of her own. 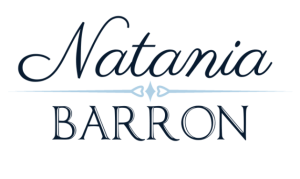