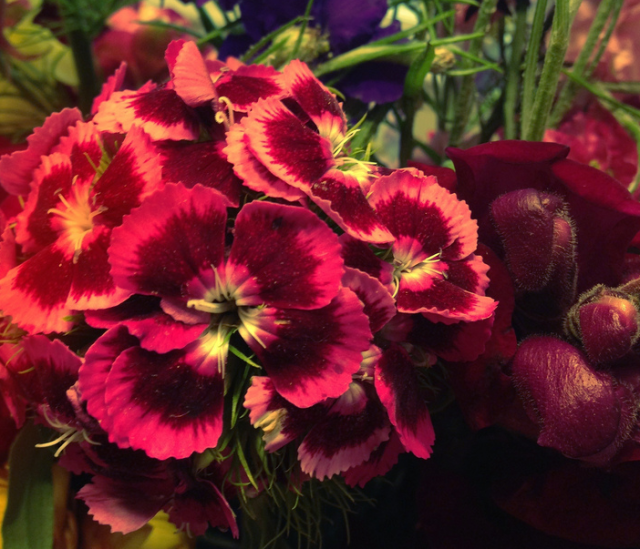 At my last job, I once got stuck “in the weeds” during a meeting. At least, according to the Boss. You see, I was in a meeting with Dudes Higher Up. And they had Opinions. And their Opinions came into direct issue with my Experience. And I’m not someone to Shut Up and Say Nothing. In other words, getting stuck “in the weeds” meant that I didn’t back down. I asserted myself. The full context of the conversation was, “Next time that happens, don’t get stuck in the weeds.” So, in other words, back down next time. Don’t assert yourself.

This encapsulated the heart of my frustration at the previous place of work. Which is all over and done with and, thanks to the heavens, I’m at a place now where my opinion isn’t just listened to, but appreciated. People come to me with questions. They actually care what I have to say and want my advice. There are tons of bright, intelligent women all around me. Ditto with the dudes (but, no offense dudes, you’re not exactly hard to find in the business world–while there were some brilliant women before, there were so few women to begin with it was always overwhelming to be in such a minority).

Which is to say that I’m feeling very satisfied lately. My brain is in a good place. Writing’s been slow, but that’s to be expected. I had thought, at some point, that motherhood would be enough. It’s hard to admit that I didn’t feel fulfilled as a full-time mom. Even with my son’s ASD and my daughter clearly needing me around, it felt selfish to say: “This isn’t enough.” They were a different kind of weeds, I guess. I turned to my husband one night during the whole Great Work Debate of 2013, and said, “Y’know what’s the worst part? I just feel invisible.” And in some ways, it was the same kind of invisibility at the last job. I’m just the kind of person who does my job. I do it really well, to the very best of my ability. But if I’m just left to my own devices, I sort of shrivel. I’m by no means an astrology follower, but I’ve always been a bit of a stereotypical Gemini. I crave conversation and collaboration and thoughts and ideas.

Balance isn’t easy. And there are some days that I don’t feel I get any. I crashed and burned a little this week, having ended up with pink eye and a sinus infection on top of all my allergies. But I’ll recover. The thing is, up there in my head, things make sense. Natania is a person who is appreciated and listened to, who’s a part of a great team at home, at work, and during extracurriculars (because who would I be if I didn’t have a half dozen projects going at once?). Natania can flourish as a writer when she feels appreciated and listened to in the real world. Her happy little fantasy worlds (which aren’t exactly happy, let’s face it) can grown and flourish when all of Natania is happy.

And apparently I slide into the third person in some cases.

Anyway. Once upon a time in a far away land, I imagined that I would raise children and be blissfully happy, writing every evening and conventioning. But the truth of the matter that, well, that still costs money. And full-time mommying is hard work, man. Like I said, I wish that it was completely satisfying for me. I wish that said dream could just materialize. But oddly enough, I like having a 401K plan. I like dorking out with my coworkers about social media.

Do I have more time than I had before to write? Well, no. But I have a little more brain space. Sure, there’s been a transition period. But for the first time in a very long time I’m working a flexible job that actually allows me to go home well ahead of dinner. I get time with my kids, I can fiddle in my garden. Then once the kids are asleep I can write. (Or, uh, watch Doctor Who or Doctor Who, which is totally, ahem, the same thing.)

Catch me on the Worldbuilding for Mascochists Podcast!

The Mad Pursuit 2021 Year in Review