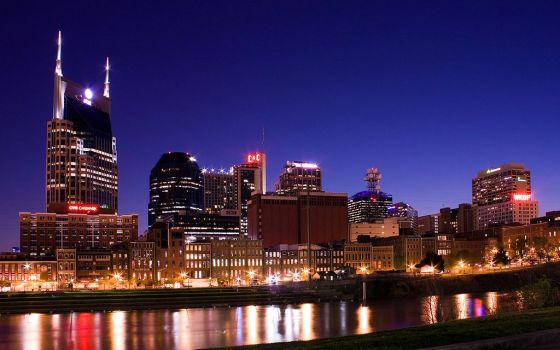 By Kaldari (Own work) [Public domain], via Wikimedia Commons

That’s a Neko Case lyric, from “The Next Time You Say Forever” from Middle Cyclone. It sums up things nicely for where the book is going right now.

But first things first. I had a great time at ConTemporal, the convention in my back yard. It was splendid to see so many friendly faces and see folks I hadn’t seen in a long time. I really enjoyed the panels I was on, particularly the one on Neo-Victoriana and the one on Weird Westerns. I’m always happy as a clam to talk about these sorts of things, even if I did compare my writing process to Pooh Bear’s “Think, think, think” and talk probably too much about shiny things and Young Guns. (Note to Karen: I seem to always bring you up as the Aldersgate inspiration… which really was the springboard for all of this. <3)

Unfortunately, the baby girl* didn’t cooperate too well at night, so I was a bit of a zombie by the time Sunday rolled around. But it’s getting better. Four of the last seven nights she’s slept six hours or thereabouts. It was just convention timing that was bad.

Anyway, because I’ve regained my zeal in the last four weeks, I still had to do some writing last night. Some wine helped (though neither was remarkable enough to write home about) and I sat down to clock in just under 2K for the night. Sincerely happy with that.

In other news, I’m about to finally get that digital piano I talked about before, because heaven help me I’m going to explode if I can’t get some music playing in. I try not to cry thinking about not being able to play guitar (wandering into Guitar Center and having to walk away from the guitars was really, really hard) but it’s life. I can still write. I can still play piano. (Our bodies are fragile. People, take care of them.) I’m playing around with the idea of actually writing and recording some of the songs from the book, because that’s how I work. I feel like I can’t get it right if I can’t sing it/play it, in this aspect. (And cool thing about the keyboards these days, you can pretty much be a one person band if you need to be. We’ll see if I can convince the husband to lay down some guitar tracks…)

The book is turning into a bit of a multimedia project, and I’ve set up a Pinterest board for visual inspiration as well as a Spotify playlist (though what’s frustrating is that lots of things, like Zeppelin and the Beatles and whatnot, aren’t available). It’s not just songs I like to listen to, or musicians that I dig, but also folks who would have influenced the band members. Okay, so we basically share the same musical tastes but… I swear, I’ll put Kurt’s playlist together (yes, I’m thinking of creating playlists for individual characters) and that’ll be totally weird and wonky. Exciting discoveries (since I’ve been primarily listening to Classical music for the last half decade) include Fran Healy of Travis’s solo album (which features Neko Case and Paul McCartney). I listened to Travis pretty much on repeat through college, and the fact that Fran’s worked with some of my other favorites of all time (including an upcoming project with Keane) I’m borderline giddy. 🙂

Nashville was our attempt at saving ourselves. At saving the band. At saving the music. With Sara out of the picture (but not out of mind for neither James nor I) James and I had a lot more time to really figure out what kind of sound we wanted, and what we wanted to say. Both of us were single, and neither of us were over that last hearbreak. So Lester Hotel was, no surprise, a total catharsis.

And really, when we stepped away from the whole thing we realized that it was far less of a band album and more of an album where our band happened to play the songs we wrote. Dusty and James insisted that Kurt stay out of the process, aside from just playing what we told him, and Tom and Paul sort of danced around the periphery.

And yeah, there’s another story there, too. Because halfway through Lester Hotel, a few weeks after we were mixing down the first demo of “16th Street Lights”, I realized something really strange. That I had feelings for James.

We’d worked together so long, and he’d always been Sara’s. And honestly, I thought they were going to get married (though God knows Sara’s parents didn’t take well to James to begin with; part of me would have loved seeing what they’d do with a half-Indian grandchild). I’d constructed a pretty impressive wall around my perception of James, and it’d been up so long—and, I should mention, expertly fortified with liquor and delusions—that when it came down, I almost crumbled, too.

*this post took approximately 5 hours to write. On and off… yeah. All hands on deck!

You built it up brick by brick…

The Big House on King Street: Memories of a Haunted Home

The Frost & Filigree Cycle is Finished!

You built it up brick by brick…