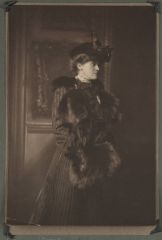 Life has been spinning by at a trajectory altogether too fast for me these days, but that’s what happens when you smoosh an actual career in between being an author, a blogger, a mom, a sister, a wife, and an editor. It’s really unfair of me to complain, since it’s the bed I’ve made, but thankfully our summer beach vacation is looming just around the corner and I am looking forward to a week with as little technology as possible, and basking in the sun reading books and maybe (just maybe) doing some writing.

Which is not to say I haven’t been writing, only that the writing is slow. Instead of writing at usual breakneck pace, I’ve been reading quite a bit in preparation for writing Glassmere, and am currently about three quarters of the way through Edith Wharton’s The Age of Innocence (which won her the Pulitzer Prize in 1921 — the first time it was awarded to a woman). I’d read Wharton before, in college, during a modern novel class. We read The House of Mirth and I was rather depressed after reading it. And at the time I was pretty much opposed to anything American and modern, so I really didn’t read her as I ought to have.

But that’s the joy of growing up and continuing to read. I am absolutely besotted with Wharton at the moment, and in love with her ability to turn a phrase and move me with words. I often speak of Keats as being delicious to read — that is, his words seem to taste good when you read them. There’s a musicality to Keats, to his careful words selection, that just makes my brain vibrate. Wharton is very similar, though obviously through prose. Take this bit, for example:

“It would presently be his task to take the bandage from this young woman’s eyes, and bid her look forth on the world. But how many generations of the women who had gone to her making had descended bandaged to the family vault? He shivered a little, remembering some of the new ideas in his scientific books, and the much-cited instance of the Kentucky cave-fish, which had ceased to develop eyes because they had no use for them. What if, when he had bidden May Welland to open hers, they could only look out blankly at blankness?” — Book One, Chapter 10

The book deals with many of the same issues I’m working through on Glassmere (though it’s set in the 1870s, much still holds true). And the tone is just… well, it’s very similar to the tone I want to achieve with Glassmere. Initially I attempted a more complicated tone, hopping from character to character in that English style, but I find it doesn’t achieve what I want it to. Part of it has to do with the fact that it’s a historical book, and the readership now isn’t familiar with the setting–adding even more complication with multiple points of view just muddles it up. So, even though the book has made a decent start, I’m going to rewrite it all again strictly from Evelyn’s point of view. Wharton does this with Newland in The Age of Innocence to great success, with a narrator following him closely and revealing his innermost thoughts. However, the narrator’s voice is distant enough and strong enough to be able to zoom out on occasion to comment on the society at large, which would work far better in the context of Glassmere as well.

Glassmere needs to be smooth, especially considering where the story ends up (low, low magic, but it’s there). And Evelyn is the heroine of the story, even if entirely unconventional.

Still, what strikes me the most about writing this book is how much reading I’ve done just to make the first 10K. Between the diaries of women written at the turn of the century to the countless historical articles to the novels of the period (most notably lately The Edwardians and Howards End — two very different but marvelous books) I’ve spent the majority of my spare time these last few months ensconced with books. It even inspired me to buy a Kindle for my birthday, which has proven wonderful for reading all these public domain books (and it doesn’t cost me a penny past the purchase of the device!).

But enough about that. Additionally I have been following the creation of the book cover of Pilgrim of the Sky by my friend and astonishingly talented artist Brigid Ashwood. Her ability astounds me, and to see Maddie come to life in vivid color (down to the mille-fleur jacket!) has got to be one of the most exciting moments of my writing career to date.

The book is slated for December, but in the mean time I am also working on a bit of a novelette that will accompany pre-orders for the book, which is an epistolary addendum to the book. It’s written between two of the main characters and serves as a sort of appendix to the book, by explaining some of the more complicated magical workings of the twains, while revealing some back story. For the first time I’ve been able to slip into first person with Randall, who serves as Maddie’s love interest in the book, and I’ve got to say it’s immensely enjoyable. And easy. Some characters have such loud voices that writing them seems to take no effort at all.

And there, a post. There are many other things going on in the realm of the real, where my father is preparing for a second heart surgery (very risky) and work is eating me whole. But the written word is a solace in the storm, and even if I don’t have time to write it I’m doing as I’ve always done: reading. Just as when I was little, curled up with C.S. Lewis for the umpteenth time, so too will I weather this… clutching my Kindle.

Thoughts on 30: Goals for writing, goals for life

The Perils of Early Success: Or, Writing With the Pointy End