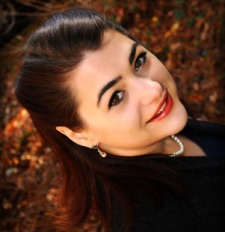 In many ways, 2010 can be described in terms of loss. We started off by (accidentally…) losing our home. Then I lost the ability to write for a while, and spent the first eight months trying to figure out what the hell to do with myself. Along the way I lost 40 pounds (10 or so of which were surgically removed). Michael lost his job. Things felt pretty bleak there for a while, you might say.

But then, in spite of that, the year can be measured in terms of gain. I gained a new novel, Indigo & Ink, which I wrote during the pain period and, in my mind anyway, is one of the best things I’ve done to date. I gained lots of new publications (last year at this time, I had somewhere near two). I gained the sale of a novel. I gained amazing friends, local and afar. I gained a spectacularly awesome job. I wrote and wrote even when I couldn’t (thanks to dictation software) and gained the realization that yes, I am a writer. Even when I can’t type — when the unthinkable happens — I still tell stories. I tell them slower, but I tell them the same. And honestly, I don’t know what I’d do without that.

As I head into 2011, I have to believe it’s going to rock. I mean, it goes to eleven, people! Being part-hobbit, anyway, I have a superstitious thing about the number eleven. It’s got to be good.

Even before it’s started, there’s a heap of awesome: 2011 will see the publication of my first novel, Pilgrim of the Sky. My son will turn five and start kindergarten; I will turn thirty. I will celebrate seven years of marriage and eight years living in North Carolina. I like them odds, honestly.

Updates in Nutshell. Or a Clam Shell.

A Whole Lot of Publication Goin’ On