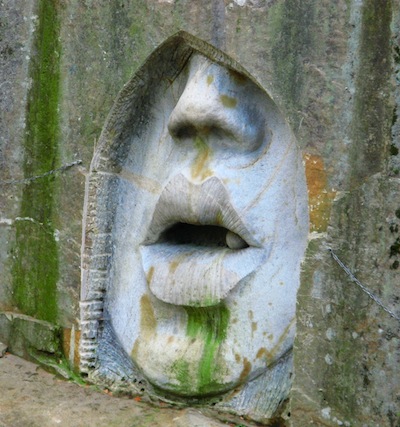 Dictation is a curious thing. I’ve blogged about it before, but I have some new insight. The hands aren’t improving like I’d hoped, due to a second syndrome that will require another surgery most likely (hooray). They’re not as bad as they were, but I’m still using dictation software when I can, just to give my hands a rest. I’ve trained the program a little better now, and it’s no longer giving me as much trouble as before.

Anyway. That’s boring. But what’s interesting is rewiring my brain. Some people report that with dictation software, their output significantly improves. These are people who can talk/think faster than they can type/think. I am not one of those people. My entire thinking process happens in silence, in the dark, and visualizing the words first–rather than speaking them–makes all the difference. So for me, while dictation software certainly helps rest my hands, it’s like writing with an entirely different set of muscles. In fact, that’s exactly the case, I think. I’m having to vocalize everything. And I’m slow. It’s much easier for me to write it with my eyes closed, and envision the words first, but that means lots more mistakes with the software, as it does often slip up.

I’m getting better at it (getting better all the time… getting so much better…). But it’s not anywhere near as enjoyable as it was, mostly because it’s nowhere near as easy. It’s labor. I’m not one of those people who stresses over writing, usually. The process is immensely enjoyable, save for a few instances where the book falls apart or I just can’t focus. But when I sit down to write, I write. Now, it’s… more of a challenge. I’m more aware of the differences. And the writing is different. I avoid dashes when I’m dictating. Dialogue gets longer, more formal. Descriptions take over where emotion did before. I’m aware of these things, obviously, so I’m trying to be conscious and avoid them.

Another difficulty for me has to do with the artlessness of dictation software. I can tell a story. I can do that–with feeling, excitement, voices, the whole nine yards. But with software you have to strip it down, be boring, use the “newscaster” voice. All clear and composed and without too much inflection. I think if it were a matter of just telling a story as I actually hear it in my head, it would be a different bird altogether.

Here’s what I mean. The first is a snippet of dialogue from the previous chapter, Mutterances. Our heroine and her hired gun have been forced to share a room, and she’s asking all sorts of uncomfortable questions. So it goes like this (first draft goodness and all that jazz…):

“I’m freezing cold. I’m shivering down to the bone. Can’t we put some wood on the fire?” Marna asked.

“Eris said it would be a bad idea. Hea said the more the room looked like it was empty, the better.”

“Then get another blanket.” He enunciated every word with care.

“I have both blankets and I’m still shivering.”

“Curl up in a ball or something.”

“You could lay down beside me—just until I fall asleep. Mark told me you used to do it out in the Territories all the time. All the men stacked up like sardines, huddling to keep out the cold.”

“This is hardly a harsh environment.”

“We’re fully clothed and exhausted. You don’t think you could spare a little warmth for me just now? I wouldn’t ask it, but I’m afraid my feet might freeze off entirely.”

Now, the next chapter, Avow, and a discussion between Marna and her husband–who she’s not met up with until now, dictated:

Sievert’s eyes locked onto Marna’s. “What is this? I come all the way here to save you—to save you, Marna! And you can’t even obey me for a damned second. I’m your husband, or have you forgotten?” A note of desperation split through his voice, breaking it.

She took a breath and spoke. “You promised to protect Dev, Sievert. And you didn’t. So now I’m going to find him.”

“That’s what this is about? That damned half-breed?”

“I call him what he is. You have let him and his business disrupt your entire life. He is nothing more than an addict, desperate for attention and recognition with no hope in this world. He has landed himself in the boiling pot, and you’re the last person who should be going after him.”

Same old Seivert, same old lecture. Still, it spoke to her deepest fears. She said, “You cannot understand. You never have. I am so close to finding him; please, if you love me you’ll let me continue my search.”

“Love you? You have taken my love for granted, over and over again. I truly believed that in time you would come to appreciate everything I have done for you. Since our marriage,  Marna, you have never wanted for anything. You have had the best clothes, the most expensive jewelry–you have wandered in the most privileged of circles, and still it’s not enough for you.”

Now, I know these are drastically different scenes–one is told from Ash’s point of view, and the second here is Marna’s. But I can’t help but notice a change in the density. Maybe I’m over compensating with the dictation; I have no idea. My only hope is that with proper editing I can smooth it out. I think as I become more aware of the variations, I’ll avoid them.

At any rate, some friendly metrics for those who are keeping count. Dustman currently is making steady progress, and things are really heating up. After this chapter finishes, I’m going to go back and add two or three Dinah chapters, which should be fun–then the meter’s really going to shoot up.

Trying to shoot a clockwork wolf.

Birthday goals, and halfway there.

The Frost & Filigree Cycle is Finished!