2
Last night I finally wrote* a synopsis of The Aldersgate. I’m not sure why I hadn’t done this before, since I’d queried it and submitted it to a publisher–but somehow, there it was, un-synopsized (which, I’m aware, is not a word). Normally I kind of dig doing synopses–I did three of them in one weekend... / READ MORE /
/ Natania Barron / 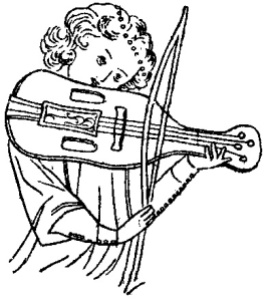 Last night I finally wrote* a synopsis of The Aldersgate. I’m not sure why I hadn’t done this before, since I’d queried it and submitted it to a publisher–but somehow, there it was, un-synopsized (which, I’m aware, is not a word). Normally I kind of dig doing synopses–I did three of them in one weekend a few months ago, and it was almost refreshing. But, those three novels were not multi POV.

The problems with writing multi POV synopses is that clarity cracks. You have so many details, intertwined–and if you forget a minor detail, you have to back if that minor detail turns into a major plot point. Plus, there’s all the back and forth! Lots of “meanwhiles” and “back ins”. Lots of jumping from head to head, which works considerably better in chapter rather than paragraph format.

As it stands, it’s a little longer than I’d have liked. In general, I’m pretty satisfied with it. I do realize that it’s supposed to make sense to me; whether or not readers will understand it is an entirely different question. The long synopsis also made me realize that the hook I had for the novel wasn’t accurate. It described the whole projected series, but not the book itself. It was very exciting to retool that, in a weird way. It’s frustrating, absolutely–but when you get something that works better in the end, even though it’s just a sentence long, it feels quite triumphant.

We writers complain a great deal about synopses and hooks and all that. But the truth is, it’s an essential part of novel writing. If you can’t boil down your story to some basics–if you can’t write a sentence to wrap around the whole thing–something’s amiss. If you’re like me, writing a novel is never the hard part. Thinking big is easy. The challenge comes with thinking small, with pulling back to the micro level. But, as I learned in poetry classes in college, thinking small and perfecting that approach can only enhance the long form.

At any rate, that’s what’s going on right now. I’m also working on a peripheral Aldersgate Cycle novel, which takes place toward the end of the first book, but in Ardesia. It’s about secret societies, corrupt guilds, madmen, magic, and love. Having a fun time with it so far!

That’s the news from here!

*Well, look. I’m typing. I’ve been typing. I typed a whole ton last night. My hands aren’t perfect, but I was able to do it (almost 4,000 words, I should add). I think the strength training is really doing the trick, as well as just losing a few pounds in general. Yay for me!

DON'T MISS THIS ONE: Writing to reach you

A (Sort of) Yankee Girl's Guide to Boiled Peanuts
1

There Are No Guilty Pleasures in Reading