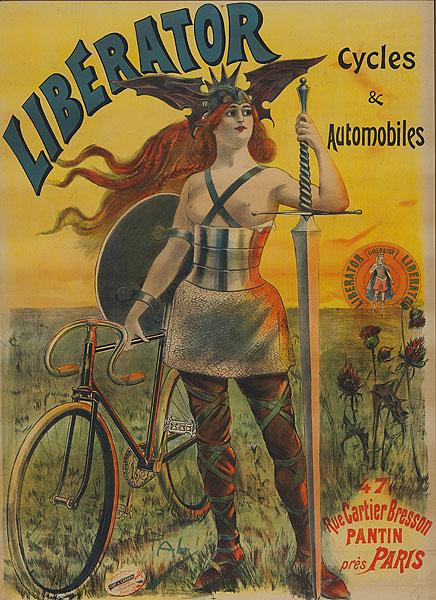 The first woman warrior I remember reading was Eowyn in The Lord of the Rings. That image of her standing before the Nazgul Witch-King, her sword brandished, her blond hair spilling down her shoulders and catching in the wind is probably one of the most vivid early memories I have of fantasy literature. And I remember feeling a swell of pride, too, that this woman had done something so remarkable in a world so dominated by men.

Just the other day, my husband remarked to me how surprising it was that Tolkien chose to have Eowyn act so. On the surface it sure seems that way; she’s a rare spot of feminine power in the books, and certainly the only one with martial abilities. Was he showing feminst leanings? I don’t think so. Firstly, he was writing from the Germanic lore tradition, in which there were many shield-maidens. The concept was a bit romanticized, honestly, and I think he liked the idea of a kind of Valkyrie figure. But more than anything, Eowyn’s presence served to fulfil one of Tolkien’s favorite literary mechanisms: the riddle. The Witch-King of Angmar can, of course, be killed by no man. And she is, well, no man. I think the cleverness of that scene is what drove Tolkien to do it, rather than any feminist sympathies (because, as much as I love LoTR, I don’t believe his intention was to rally the cry of repressed women).

Though certainly there are moments in the text that Eowyn gives glimpses into her desire to be treated as her brother (“Too often have I heard of duty. But am I not of the House of Eorl, a shieldmaiden and not a dry-nurse? I have waited on faltering feet long enough. Since they falter no longer, it seems, may I not now spend my life as I will?”) in the end, she marries and is taken care of, and quite quietly fades into the background. She is a lone woman in the texts–Peter Jackson, of course, had to beef up Arwen’s role in the film to make another engaging character.

There have been many other female warriors in fantasy fiction since Tolkien, of course, and many weild martial power and prowess. But few, I think, have real complexity. I’m thinking of Brienne of Tarth in George R. R. Martin’s A Song of Ice and Fire series, in particular, as she’s the clearest woman warrior in the bunch. She’s complex, in some ways, but her sense of duty and simpleness make her a little grating. I like that’s she’s not the sexiest chick on the block, but she just always felt like one of the flattest characters in the series to me. In some ways, she’s not that different from a guy, I guess.

Of course, there’s also the whole gorgeous, leather-clad, bodice-squeezed warriors we know and love, like the Mord Sith in Terry Goodkind’s books. While powerful, and certainly complex from a psychological standpoint, it always irked me that they were “rescued” by Richard. Okay, lots about Richard irked me in general, not the least of which was his instent chatting and feeding forest animals, but that’s another rant for another day.

I should mention that my critique doesn’t mean I don’t enjoy these books. I have, and I will again. The role of the woman, and anyone who’s not a classic male hero, is changing. What’s difficult for me is that so many women are portrayed as either mannish or sexpots. And there’s got to be some middle ground. Women happen to be warriors, or warriors that happen to be women. Sometimes just writing a character means stripping away ideas of gender, and simply writing them the way they are.

Maybe what the issue here is a desire for more complexity from a society perspective. Anyone who chooses voilence as a means of action in life has reasons, and those reasons are often deep-seeded in politics and societal norms. When fantasy leans too much on the shock value of a female warrior, or the “just because” aspect or, the dreaded “I was abused by a man” trope, it lends a flatness to characters. Fantasy societies have the chance to be truly spectacular, and so many fall short. (I poke holes in my own stuff all the time, and don’t exclude my stuff from the list, I should point out. It’s my pet peeve with, um, myself… However, someone who I think does this particularly well is Joss Whedon, especially in the case of River Tam.)

At any rate, the concept of female warrior has been heavy on my mind as of late, as I have two in Peter of Windbourne who could not be more different. One is a warrior of martial power soley, and the other is a little more complicated than that. As secondary characters to the main POV, it’s a tricky trying to convey the depth of character I want. I suppose, at a point, there’s only so much you can do.

Part of the problem is that readers like the sexy ladies in chain mail, and especially mainstream fantasy–or, big-selling fantasy anyway–is reluctant to piss off their fan base. I don’t blame them, in a way. It’s business. You need only wander in to WoW or any convention to see sex sells, and the skimpier the armor, the more attention.

I wonder if the recession will push writers to challenge or to conform. Time will tell, I suppose. I’m intrigued as to what kind of woman warriors this generation will create.

Daphne. Who knew I needed art so badly? Me. That’s who. #ncartmuseum…

This is Jeff Goldbloom. An evening primrose that seeded itself in my…

My first forget-me-nots of the season. #flowers #flowerstagram…

These two color snapdragons are just the embodiment of joy.…