Peter Jackson’s Lord of the Rings, Eight Years On

8
I can’t express how excited I was when I heard they were making The Lord of the Rings into a bona fide film. I had suffered (and enjoyed) through the Rankin-Bass and Bakshi versions in my childhood, and had always hoped something great might come of Tolkien’s trilogy beyond cooky songs and scary vibrato. In... / READ MORE /
/ Natania Barron / 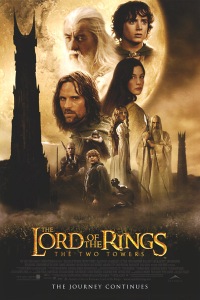 I can’t express how excited I was when I heard they were making The Lord of the Rings into a bona fide film. I had suffered (and enjoyed) through the Rankin-Bass and Bakshi versions in my childhood, and had always hoped something great might come of Tolkien’s trilogy beyond cooky songs and scary vibrato.

In 2001 I saw The Fellowship of the Ring in theatres in Washington, DC. Of course I loved it. Frankly, I’d never seen anything so remarkable on film.

Anyway, I saw all the films, and loved them. Cried, laughed, etc. Tolkien has a very special place in my life, for many reasons. (My husband and I first told each other “I love you” on Tolkien’s eleventy-first birthday.)

For the last week, Michael and I have been re-watching the series, back to back. The extended versions. And I’ve got to say it’s quite the experience this time around. I’m eight years older than I was when I first saw the films, I’m married, I have a child. I’ve written four books in that time, earned two degrees. Sure, there are things that I critique (some of the fight scenes are laughable, and most of what Gimli does could have been left out. Falling of a horse? Really?).

But what occurred to me the other evening as we watched the Fellowship descend into Moria was how amazing it really was and how, I think, I likely took it for advantage earlier. Because Jackson did such a bang-on job of combining the art of Alan Lee and John Howe with Tolkien’s language and vision, it’s almost as if I couldn’t detangle what was on screen from the images in my head. I saw it, and internally said, “Yep, that’s it.”

Except that it’s a film, and not my imagination, and that makes a huge difference. Looking at it now I can see just how spectacular the production, direction, and performances were. It’s not without lacking in some spots, but hey, the sheer scale of the thing is enough for me to forgive cheesy extra dialogue and overuse of slow-motion.

With The Hobbit film coming up, I can’t help but be a little giddy, too. Though it’s not Jackson, I know that del Toro will treat the book with the same imaginative reverence. And now that much of the cast is confirmed for the film, well… I’m starting to feel like I did when I first heard the rumors of Fellowship and felt like it’d never actually happen.

DON'T MISS THIS ONE: Burning down the house. Again.

Advice for Aspiring Writers Part I: A Few Unkind Truths