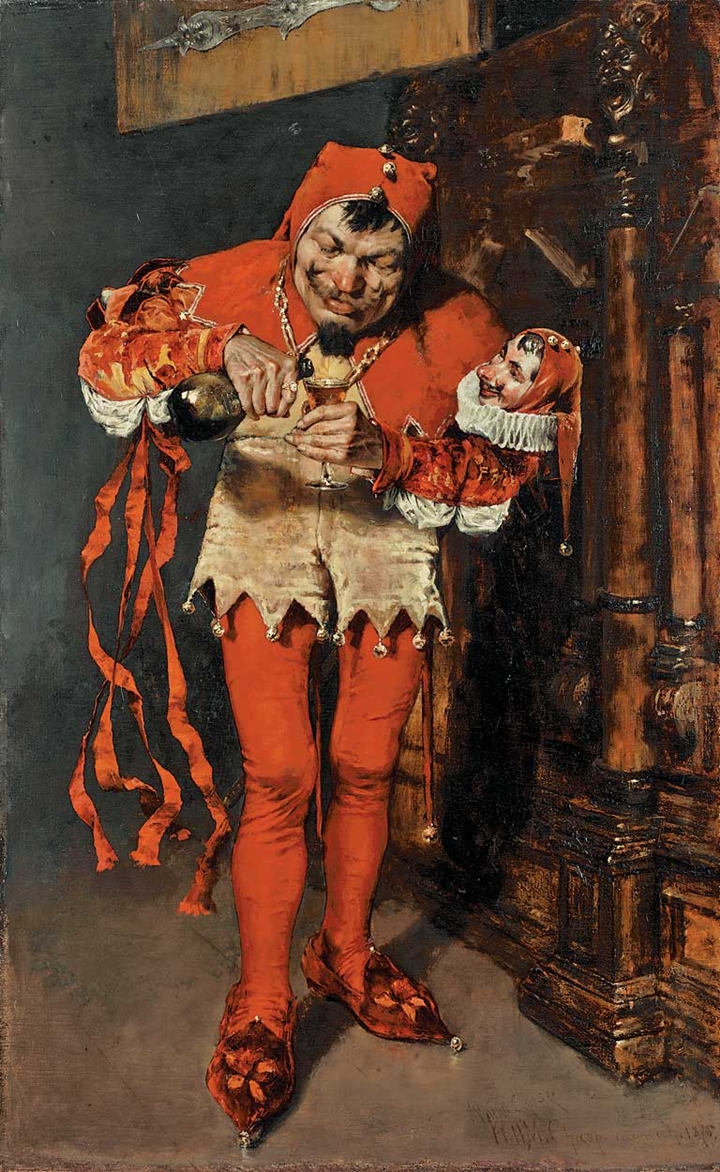 My freshman year of college, I discovered MUSHing, specifically Elendor, the Tolkien-based MUSH. Besides being a hole for creativity (well, who needs to write anything original when you’re in a world as detailed as that one…) it was my first real exposure to an online community. And it’s there that I discovered the vast difference between real and perceived personalities in virtual space. I called it a MUSHPersona. There were people, for instance, whom I knew in real life as relatively mild-mannered bookworms, who online became sarcastic, self-important, jerks. Shyguys turn into relentless flirts. Housewives turn into vixens. And I’ve found, especially with the birth of social media and the Blogaissance, this sense of performativity has permeated the internet on many levels.

The thing is, the online world works in very mysterious ways. You’re put into a huge melting pot, sure–but you suddenly have the potential to stir the waters, to make your presence known. And because there’s a sense of anonymity, in spite of attempts like Facebook and MySpace to cash in on your own “personal” brand, you can in fact be anyone you want to be. You can espouse your opinions as passionately as you want, without the concern of actual contact with human beings. No physical threats, no narrowed evil eyes, no tears.

As a writer, I’ve always taken my “presence” seriously. Sure I love the performativity in some ways: I do a podcast of my own novel-in-progress, after all. But when it comes to the things I say, the fights I choose, etc., I’ve never really wanted to be more than myself. I’m not confrontational by nature, and even hints of it make me nervous (in some ways moreso than other modes of confrontation).

And while audiences are awaiting new performances every day, the online world is, I think, even more unforgiving than the physical world. Consider the longevity of comments on pages, the ability of people to capture everything you say and save it for posterity. You know how one letter can change the way we view a great writer? With the Internet we now have, through blogging and social media, a continuous record of our lives. Or, at least, lives as we’d have them remembered. If you every said a stupid thing, chance are it’s out there somewhere, along with pictures of you in Hawaiian shirts playing rhythm guitar in surf bands (well, maybe that’s just me)…

Here’s the thing. We can never truly be ourselves in a world of text and pixels. Something will always be lost in translation. But as of late I’ve been a little disappointed with the personas of people in the online world who really ought to know better. Sure, I deal primarily with writers, bloggers, publishers, etc., but they’re no different than your average gamer when it comes to performativity. No, I can’t change the way people act online. But I can assure you: online presence doesn’t equal lasting fame, recognition, or admiration. I look at the comments some people have given the agents involved in #queryday / #queryfail, read the rumors spread venomously about publications, and think about the inability for some people to even consider an opinion other than their own, and I wonder how on earth the Internet came to be like this. Where has decency and respect gone?

So, I’m starting to sound like a Luddite (so says my husband to me on occasion) and perhaps a bit Puritanical. I just think the worst performers out there would have a lot less to complain about if they conducted themselves with a little more class and respected their audiences a bit more. Politeness goes a very long way, and picking fights and being a jerk might get you a few followers and links, but it’s doubtful it’ll get you a long-term career, regardless of your particular vocation.

All the world might be a stage, but not everyone’s buying a ticket.

All the world’s a stage,
And all the men and women merely players:
They have their exits and their entrances;
And one man in his time plays many parts,
His acts being seven ages. At first the infant,
Mewling and puking in the nurse’s arms.
And then the whining school-boy, with his satchel
And shining morning face, creeping like snail
Unwillingly to school. And then the lover,
Sighing like furnace, with a woeful ballad
Made to his mistress’ eyebrow. Then a soldier,
Full of strange oaths and bearded like the pard,
Jealous in honour, sudden and quick in quarrel,
Seeking the bubble reputation
Even in the cannon’s mouth. And then the justice,
In fair round belly with good capon lined,
With eyes severe and beard of formal cut,
Full of wise saws and modern instances;
And so he plays his part. The sixth age shifts
Into the lean and slipper’d pantaloon,
With spectacles on nose and pouch on side,
His youthful hose, well saved, a world too wide
For his shrunk shank; and his big manly voice,
Turning again toward childish treble, pipes
And whistles in his sound. Last scene of all,
That ends this strange eventful history,
Is second childishness and mere oblivion,
Sans teeth, sans eyes, sans taste, sans everything.

Time and Temper is Now Available in Paperback!

Cover Reveal for Queen of None!

Gods of Londinium is Coming July 2021 from Falstaff Books!