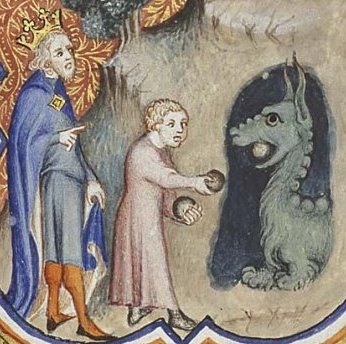 I am still having a problem.

When I wrote Queen of None a few months ago, it happened very quickly. To this date it’s the fastest I’ve ever written a book. At the time, writing it was the easiest thing in the world. Everything flowed magically, or so it appeared to me, and when it was done it was with a feeling of rather impressive triumph. I may have danced.

Now I’m editing, and I’m having issues. Just coming off of another book, which was third person limited, this first person narrative is seriously getting under my skin. Where I thought it was engaging before, I’m feeling like it’s annoying now; where I thought Anna was clever, and perhaps a little devious, I’m finding her petty and shallow. Yes, she’s unreliable. Yes, I very much want this to be her story, but still…

Choosing your perspective in a novel is a big decision, though some writers I’m sure don’t spend too much time on the process. Me, I’m a big fan of third person limited, telling someone’s story for them, but keeping other perspectives in the dark (unless you’re talking The Aldersgate which is multi-POV). I’m not typically a fond of third-person omniscient, as I find it gets a bit too garbled. I know this is quite popular (in the UK, and in classic literature) but I have issues with it. I guess I like the mystery of limited storytelling; to me, it puts the reader in the position of the character, and makes the world around them more identifiable.

That said, Queen of None is in the first person, as I mentioned before, and a huge departure from my regular narrative mode. It’s the longest work I’ve ever written in first person, and it was going really, really well up until two weeks ago. Now, I almost feel as if Anna and I were really good friends for a while, but then I found out something about her that’s made it really hard for me to hang out with her. Craziness is not too far from this point, I realize.

Maybe this is a good thing. There’s a chance that it’ll force me to look at the narrative closer, to weed out the inconsistencies in her character, and try to improve it. But at the moment I’m feeling like just shelving the whole thing for a while, in spite of the part of my brain that keeps kicking me in the ass to get going.  The part that’s saying: If you are a real writer, you don’t let this crap get in your way. Do I want to stop just because it’s hard? Or because it’s going to require too much work? Is it the same as when I was in high school, and instead of actually studying for a course that was challenging, I just faked my way through?

I know this happens to writers all the time, even the most seasoned. But I’m really frustrated because, up until the middle of March, I had a solid block of writing awesome. I thought I’d figured it out, found ways to nip it in the proverbial bud. But these days, the dragon in my conscience is looming over my shoulder a great deal.

More in queen of none

Ten Things About QUEEN OF FURY Plus Cover Reveal

Live Reading Stream from Queen of None