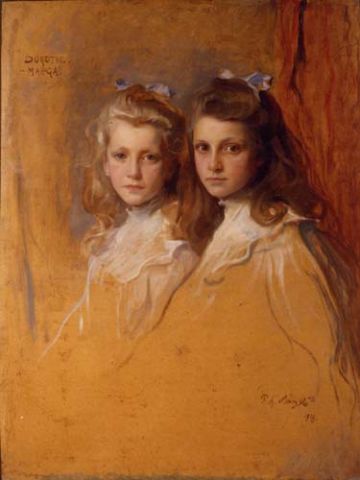 When I was three, my world was changed irrevocably. I had been a very happy child, by all accounts, albeit a little precocious and sometimes serious for my age. I loved art, music. I used to stand next to my dad while he played guitar, and leaned my head on his knee to hear the vibrations of the music. I watched my mother sketch life from the nib of a pencil.

But no one was as life-changing for me as my sister. Llana was born, and everything came into focus. I remember virtually nothing before she came into the world, this little blond miracle. Though now she’s an elegant woman, she was a goofy little kid, who followed me around like a shadow, bobbing along behind me with her too-long legs, and her wistful smile.  And I tossed her around like a rag-doll, professed to my friends that I couldn’t stand her, and was insanely jealous of her. Yeah, that’s sisters.

Beyond that stuff, there’s more. Llana and I endured a tumultous upbringing. While our parents were married and very much in love, we suffered my father’s longstanding illness, which kept him bedridden and unable to be around us much as kids. We saw him change from a chubby, happy-go-lucky guy with a mustache, to a thin, gray-haired man with crooked fingers and hands. People used to mistake him for his father, when he was at his most ill. Our family went bankrupt; we lost everything. We moved away from our childhood home, started new schools, had to learn how to do it all over again.

Yet in those most difficult years, and even into our teens, our relationship deepened into something quite magical. We started making up stories. At first, we acted them out; we’d rehash movies we loved, or books. Some days it was hobbits, other days it was turtles. It didn’t matter. We created a kind of narrative between us, assuming characters, and weaving tales around us like a cocoon, to protect us from the outside. We laughed, and cried; we screamed in anger. Every spare moment we had alone, we told stories.

When we got too old for acting out our fantasies, we started writing them down. Our stories became words, and words turned to chapters. Four boys, from four different time periods, are brought to a strange, magical world, where they must do battle against an evil witch and her plans for world domination. Hey, I’ve seen novels on the stands with less plot than that.

I had to tell stories. And Llana was always there, to listen, to participate. She was a tie between the real world, and the one in my head, and I don’t think I’d have gotten very far without her.

Stories start with lies. They’re lies that we tell ourselves are better than the truth of our own world. I remember compulsively lying to friends when I was little, hoping that if they thought well of me, I’d be cooler, less weird. Yeah, that didn’t work so well. I never collected friends. I was never popular. After a while, I didn’t want to be. The lies took shape, and became stories–stories that, if I worked hard enough, could turn lies to truth. I could shape fiction to speak of the things I loved, the matters that moved me; a character could be and yet not be the person I wanted to love, or hate, or embarrass.

And the stories became a harbor, a comfort. They still are. And there will always be elements of that magic, moments where the stories burst into life out of my own experiences, and the experiences of those I love. And in a way, Llana is always a part of that, too. whether or not she knows it. Every step we took together into our collective imagination brought me closer to what I was, not just what I wanted to be.  And that is quite remarkable, I think. Likely the most powerful magic I’ve ever experienced.